If Beale Street Could Talk

The Netflix-ization of film culture, great movies about the black American experience, and a lot of Rachel Weisz are just a few of the themes of my Top 20 films of 2018. What are your favo(u)rites?

Special Mention: The Other Side of the Wind
Regrets: Burning; Hale County This Morning, This Evening; 24 Frames

A list of all 2018 releases I’ve seen is available on Letterboxd here, with short reviews and thoughts on each one.

An incredibly moving and textural work on the sensations and experiences of being in love. Interestingly, Jenkins’ adaption of a great writer feels more like a painting than a novel, a work of color, movement and expression that strikes viscerally and emotionally before it resonates thematically. And the power of If Beale Street Could Talk was apparent to me from the beginning, from the first of those beautiful, heartbreaking closeups that so perfectly capture the look of love, the feeling of giving affection so candidly, openly and truly. Barry Jenkins is the real deal.

A delightfully witty and wicked battle of wills, and a cautionary and often poignant parable about acceptance in relationships despite their flaws. Lanthimos works beautifully in this storytelling mode within a “costume drama,” somewhere between parable, myth and short story. It’s not that his films don’t have enough substance to warrant their feature length—far from it. It’s just that he so brilliantly uses tone to suggest layers of meaning beyond the literal.

It’s so nice to see family movies like these that are actually fun, clever, heartwarming, fleet, and not aesthetically garish. I’m not too familiar with the character of Paddington, but I feel like Paul King’s films make all the right choices in bringing him to life, imagining the London he inhabits and capturing a spirit of goodness and charm. Paddington 2 is almost bold in its naivety, and I think that’s a really great stance to see portrayed. It’s a world where being polite brings out the goodness in others, and a good hard stare is all it takes to make impolite people come around. What I’m left with most is just the afterglow of this benevolence.

There are lots of great ideas here, pretty deftly working in themes of family, grief and mental illness into another parallel story more firmly rooted in horror conventions. The crossover between the two tracks isn’t always smooth—the possible readings of the film definitely narrow towards the end—but I appreciate a film with more than one thing on its mind. There are moments of genuine scares and genuine vision that deserve to enter the recent horror pantheon, even as images alone.

A nuanced, realistic and deeply moving film exploring love and longing through the prism of fidelity, to others and to a faith, but also to one’s self. I’ve never really seen attraction captured quite like this before. Lelio is incredibly attentive to the small gestures and submerged emotions from two fabulous performances, and he conveys the magnetism that brings Este and Ronit together as a real force. There’s a palpable momentum to their advances towards each other that’s extremely detailed and convincing. 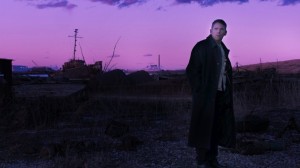 A fascinating and disciplined character study of faith, frustration and resignation. From the beginning, we sense discord and discomfort in Ethan Hawke’s Reverend Toller, which Paul Schrader evokes through a narrow aspect ratio and tight close-ups. The film proceeds as a series of encounters with the world around him, with each encounter inflicting deeper and deeper pain, eroding his already thinned defenses. All the performances are fantastic; Hawke has long been taken for granted, but he’s so nuanced and sensitive here and Schrader makes perfect use of these qualities in him.

A great combination for Lee of genre fun and rhetorical force. The story behind the film is irresistible and the issues Lee develops are thorny, compelling and carry unnerving parallels to today. I think Lee is interested in race as performance, and also in the way people rally together and are stirred to action, in both good ways and bad. This is particularly evident in an early sequence of Kwame Ture speaking. The film noticeably pauses to hang on his words and on the power of their delivery, cutting to beautiful reaction shots where faces are silhouetted into composites. Words carry meaning and political action carries influence, and these faces are stirred to fight for equality.

By definition a mixed bag, but there’s so much of the Coens recognizable here in the nagging, career-long theme of the randomness, banality and inescapability of death. What better context to examine this theme than the West, where the safeties of society are perilously thin? The first and last shorts stand out in tone—from the overtly comic to the macabre—and bookend what is otherwise a consistently ironic, biting and bitter look at human cruelty.

Compelling, ever-shifting magical realist tale that reminded me of Amarcord and Le quattro volte. Everyone exploits someone, whether you’re a poor rural farmer or a poor urban scammer. Rohrwacher finds interesting dimensions of this theme throughout, for example equating sharecropping with modern banking. It’s also interesting how this theme of exploitation plays out within loving clans and families; every family has its own Lazzaro, and in this world, they get chewed up and spit out, fed to the wolves.

An impressive debut, baiting the hook with exciting skate footage framed as peaceful meditation only to surprise the audience with a nuanced examination of cascading traumas, legacy and parenthood. The connection Bing Liu shares with his subjects and best friends is immediately evident, and it’s a real gift to share in their intimacy and friendship.

A sprawling and emotionally ambitious tale of privilege, status and the power of empathy. This didn’t play as a “genre” film for me in the sense of it pointedly playing with conventions and expectations, but more as a social realist drama, where it works astutely. The characters in Widows, especially the male characters, are trapped by expectations and a nagging urge to best their enemies and provide for themselves at all costs, at the expense of anyone else. The widows themselves, however, try to escape this cycle by exercising empathy.

Anderson packs an amazing amount of visual information into every frame of this vibrant, colorful, fun adventure. There is, of course, symmetry and plenty of other visual hallmarks of Anderson films, but I think there’s a diversity to the aesthetic here that felt new, particularly in the prologue drawing on Japanese art and the backgrounds throughout the film. I also love that this is unapologetically about how dogs are just objectively way, way better than cats, and there are some touching moments—without ever being too maudlin—drawing on the emotional connections we make to animals.

A really interesting psychological character sketch in the guise of a gritty thriller. I had heard the brutality and violence of the film discussed, so I was surprised to find that Ramsay emphasizes time and time again not Joe’s brutality but his tenderness. It’s telling that most of the violence he inflicts is shown through mirrors or cameras or implied off-screen, yet his holding the hand of a dying man is given an extended moment. I also really liked Jonny Greenwood’s score, which seems to always begin as musique concrete before evolving into something moody and absorbing.

This year’s Palme D’Or winner at the Cannes Film Festival, Shoplifters feels like both an anomaly in director Hirokazu Kore-eda’s filmography and another of the subtle, well-observed humanist dramas he’s known for. That’s likely because Shoplifters chronicles the everyday pains and pleasures that come with the bonds of family, but this time it’s a makeshift family, a collection of isolated souls living on the fringes of society. This tension between their individual pasts and the shared connection that makes them a family is what animates the film. (Read my full review.)

Really poignant and well-observed, and funny in all the right places without betraying its subjects. I loved how Jenkins (along with Giamatti and Hahn) give so much nuance and truth to the central relationship, with its little familiar shorthands, annoyances, and comforts. This depiction of a relationship was what was special about Private Life, and to me more compelling than the subject of fertility and pregnancy treatments. I was it had explored a bit more of their drive to be parents and that Hahn didn’t disappear so much in the back half, but it’s a lovely film.

A conventional biopic with an unconventional visual approach. I like Chazelle’s gambit to depict space travel in a way we haven’t seen by emphasizing the first-person experience of actually being in an early manned rocket. The space is cramped, the physical pressures are immense, and the construction seems surprisingly rickety for something so important. Through handheld camerawork and an immersive sound design, Chazelle makes these experiences more tactile and immediate than most films. 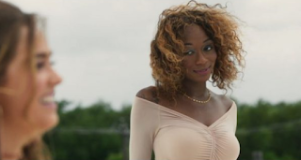 A really sincere and specific little film, a day in the life of a selfless professional and the people in her orbit. The first act in particular does a great job of introducing us to Lisa and her world without relying on exposition or handholding. Each element of the bar, its staff and its patrons feels motivated and lived-in, making them fit immediately into the story. It would have been so easy to turns these girls into stereotypes, and exploit that for broad comedy, but Bujalski and his actors never take the easy way out.

The rural setting of Monrovia, Indiana immediately differentiates it from Wiseman’s previous two, New York-set features. The film begins with a lovely, lyrical montage of blue skies, green grass, and quiet country homes. For nearly two decades Wiseman’s films have documented cities or institutions defined by their interior spaces, and this openness to the landscape gives the film a unique aesthetic tool, affording it the room to breathe. (Read my full review.)

Another solid stunt-based thriller in this unlikely franchise. I didn’t feel the same amount of sophistication to McQuarrie’s direction here, but it’s still a lot of fun and full of action.

Surprisingly witty and distinctive for a mainstream comedy. Daley and Goldstein do a nice job of juggling the film’s tone, balancing reality and absurdity, as well as the conventions of comedy and thriller. The structure to the screenplay feels precise and field-tested, too, particularly with regards to the side characters. Each are diligently constructed and given a recurring storyline or motif throughout the film.