Active Ingredients: Unpredictability; Characterization of two leads
Side Effects: A few too many twists, dead ends 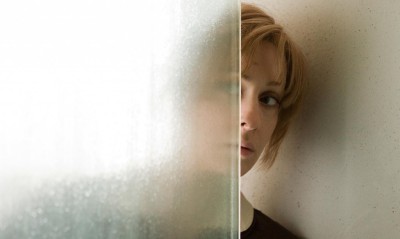 The Double Hour is a twisty Italian thriller, dangerously proud of its own intricate design but ultimately saved by delivering a solid character drama that most genre films forgo. The film is often compared to Tell No One, but the differences between the films illustrate where The Double Hour succeeds and the earlier French thriller fails. The story revolves (and that is the correct word) around Sonia, a Slovenian immigrant living and working as a hotel maid in Turin, Italy. She seems lost, mysterious, a bit opaque. She tries speed dating to fill some void in her life, but even then is reluctant to let others in. She recognizes her own trust issues in Guido, and finally allows herself to hope for a better life—until a violent encounter sends Sonia and the film reeling, and calls into question everything we thought we knew earlier.

As the story begins to circle back in on itself, small gestures, figures and characters from earlier are repeated with variations. As the title suggests, there are at least two versions of most scenes and the audience is always left unsure which way each event truly played out. Rigorous formal structures like this one can often feel inert, as if the filmmaker forgot to supplement them with anything else. The Double Hour, happily, uses the twinning of its story as a nice parallel to the emotional wounds and trust issues of Sonia and Guido, themes to which the film is always sure to return. The piles of plot twists and surprise reversals don’t all pack the punch director Giuseppe Capotondi intends, but they deliver just enough excitement and intrigue to support the subtle and unpredictable twin character study at the film’s heart.

Giuseppe Capotondi, Italy, Tell No One, The Double Hour, Thriller